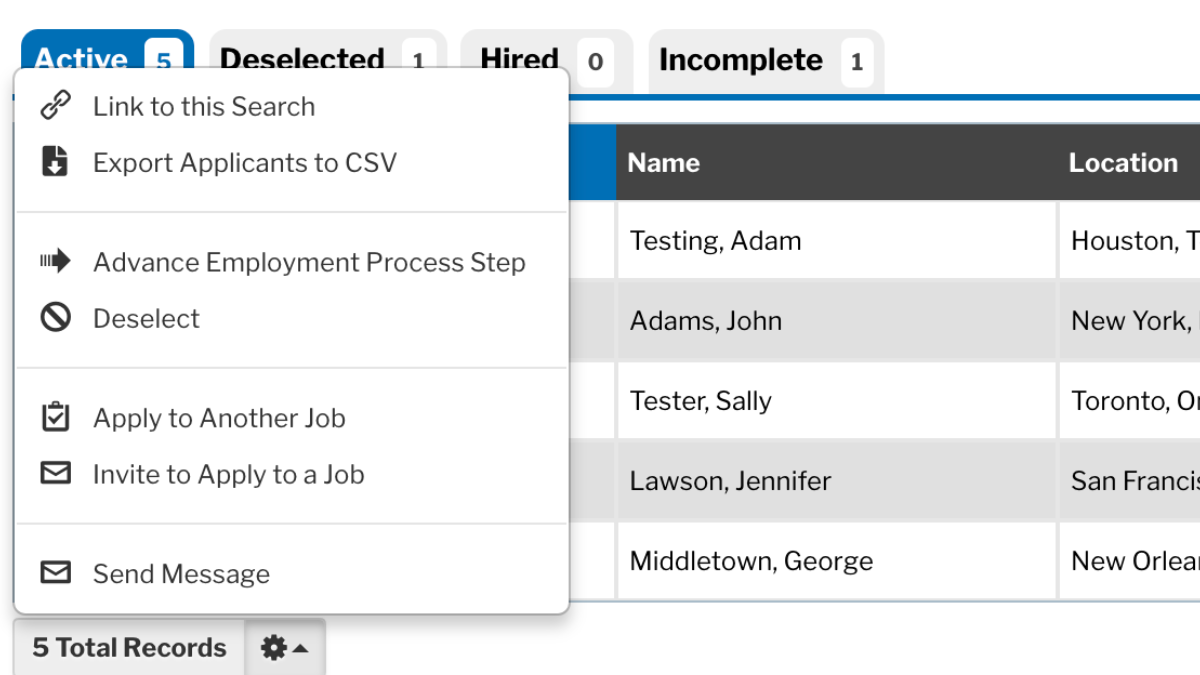 Bulk Actions: Do more at once

To use the feature, simply filter your list of candidates within any job, and then click on the gear icon at the bottom of the page. The following bulk actions may be performed: 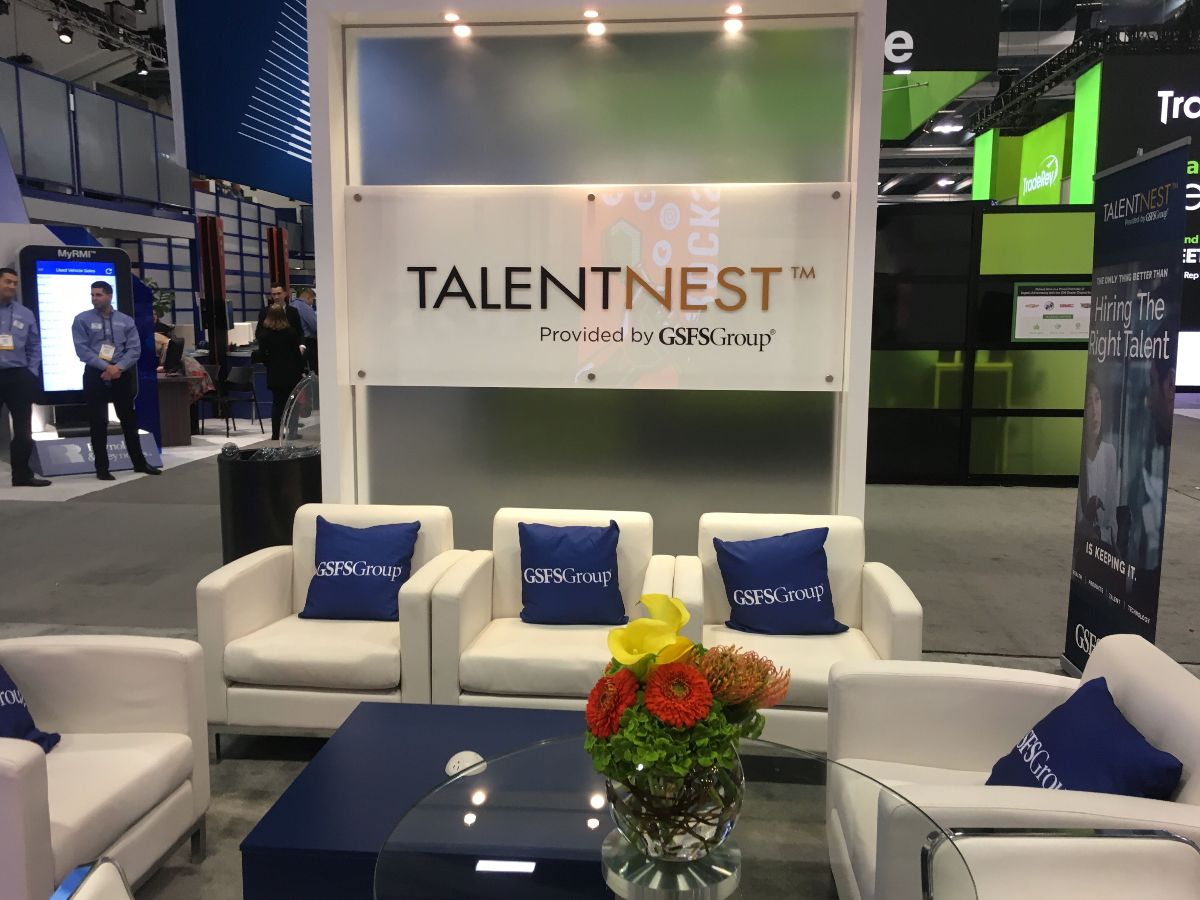 TalentNest, in partnership with GSFSGroup, is at the National Automotive Dealers Association (NADA) in San Francisco, California, from January 25th to January 27th. The NADA Show Expo is the auto industry’s premier marketplace of products.