Analysis of Canadian Recruiting in 2016

We often receive the same two questions from our current and potential clients: where can we find the best candidates? and, how do we get more of them? In order to answer the questions, we decided to take a deep dive across all of our Canadian applications for 2016.

We found some interesting points that would be useful to our clients or anyone recruiting in Canada. Be sure to check out the full report for a more in-depth look.

Canada loves Indeed. Indeed generated 50.4% of our candidate flow in Canada. It was by far the most popular source. The top 5 sources were: 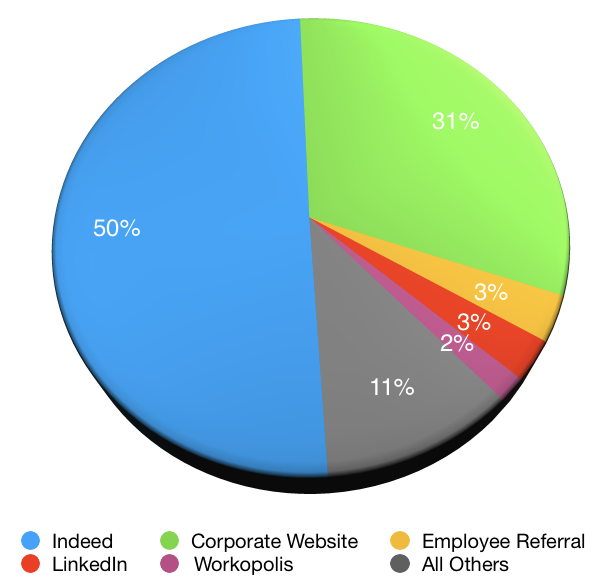 With Indeed generating half of our clients’ application volume, it was clear that was where to get the most candidates. But were they good candidates?

TalentNest has a few ways in which users indicate to us if the candidate is a good one.

Outside of a company’s own recruiting efforts, Indeed was the #1 external source for all TalentNest hires in Canada.

To get more insight, download the full 2016 TalentNest Canada Sources and Hires Report.